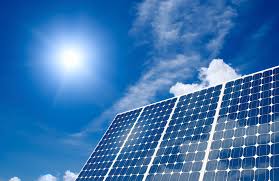 Just when you thought is was safe to go back into the sunshine, there's a shady new amendment proposed. It's crafted to confuse voters and to dilute the momentum on the original Solar Choice ballot initiative.


In a strategically clever move, a group calling itself "Consumers for Smart Solar"  unveiled a petition drive to place an amendment dealing with solar energy on the 2016 ballot. Incorporated in July 2015, there are no names of Board of Directors in current Florida corporate records.

This effort is clearly meant to distract and disrupt an existing amendment drive by a group called Floridians for Solar Choice.

A number of Florida newspapers have reported that Florida Power & Light (FPL) admits to working with a number of organizations and individuals to put forward a competing amendment to undermine the Floridians for Solar Choice ballot effort and limit homeowners and businesses from choosing to buy solar from anyone other than monopoly utilities. Supporters, meaning utility companies, are calling the proposed amendment a "consumer friendly alternative."
Here's the proposed ballot language on the petition:

Rights of electricity consumers regarding solar energy choiceThis amendment establishes a right under Florida’s constitution for consumers to own or lease solar equipment installed on their property to generate electricity for their own use. State and local governments shall retain the ability to protect consumer rights and public health and safety, and to ensure that consumers who do not choose to install solar are not required to subsidize the costs of backup power and electric grid access to those who do.

Its goal: to prevent the state from regulating small, private solar companies that provide up to 2 megawatts of solar energy to properties that border them.
Utilities say they like solar power, but evidently only on their terms.

The language of fear has already started, despite the fact this concept for solar has worked in other states. Expect to hear much advertising about how your electric bill will soar if Floridians for Solar Choice goes through.
GT

Hi, thanks for stopping by. Those annoying spammers have caused me to pre-screen comments. Isn't it annoying that not everyone learned our Tallahassee southern manners?